A new start up, Push Doctor, seeks to profit on the average working professionally that might not be able to make time for lengthy waiting room times and office visits during normal working hours.

“Founder and CEO, Eren Ozagir was on a business trip to Baltimore in his previous role as commercial and chief marketing officer at Music Magpie (old CDs for cash) when he came up with the idea. After being prompted by Uber to take a boat across the harbour, he later fell ill but had no idea how to “Uber a GP”.

“I was in my hotel feeling terrible and it just struck me, if you can get a car and even a taxi-boat through Uber, why isn’t there an app to get you speaking to a doctor?” he says.”

The App focuses on a generation that utilizes their mobile devices to get things done, and focuses on providing general consultations for a reasonable fee in 10 min. increments that patients can select to fit their own schedules.

“A lot of people just don’t want to interact with a doctor in a way that older generations do,” he says. “They have an attitude that if they can bank, book a hotel, order a meal or an Uber taxi on their mobile, then why shouldn’t they be able to talk to a doctor through it, too. Anyone aged from 18 to 45, which is our core audience, wants to have things come to them, not the other way around.”

So now for the obvious question: how does this work with practitioners and insurance?

“Soon after flying home from that Baltimore trip, Ozagir quit his job to set up Push Doctor. The first step was convincing insurers to extend the cover they were offering for doctors providing private consultations to include teleconferencing. It wasn’t a service any offered and took a few meetings to put in place, giving doctors the confidence to sign up.”

Are Doctors really doing this full time? Many of the GPs signed up with the App offer consultations in their spare time, giving them the opportunity to earn extra income whenever they have down time.

“Three years after launching, Ozagir now claims 7,000 registered GPs have signed up to the service, mostly providing consultations in their spare time.

Adam Simon, a Greater Manchester based GP working in a surgery, is one of them. “The service fits in with my day job, so I can plan short bursts of activity on the platform or plan around existing commitments,” he says.

“Usually, out-of-hours work involves travelling to a different surgery or doing home visits, but with Push Doctor I can work from home and treat many more people. I know from my day job that the vast majority of patients come in with a range of everyday ailments or issues that they are facing, but most of these can be treated remotely.” He says that he has seen patients around the country, treating anything “from fairly common complaints, like infections and digestive disorders, to mental health issues and more complex individual cases”.

But, is it working? Are people actually using the app for their own private consultations? Ozagir is “guarded over patient numbers, he does say that thousands of appointment hours have been booked and fulfilled.”

For more about the  Push Doctor app, check out this link. 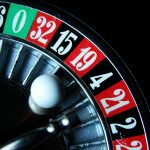